A while ago I modified a circular fan duct and mount created by mcleishn on thingiverse for my Hictop Prusa i3, it is actually my most popular design thus far. In this model, I also tried including selective laser sintering but the machine didn’t have enough specifications for that. The modified version had an improved duct that was easier to print and a mount for an 12mm inductive sensor. 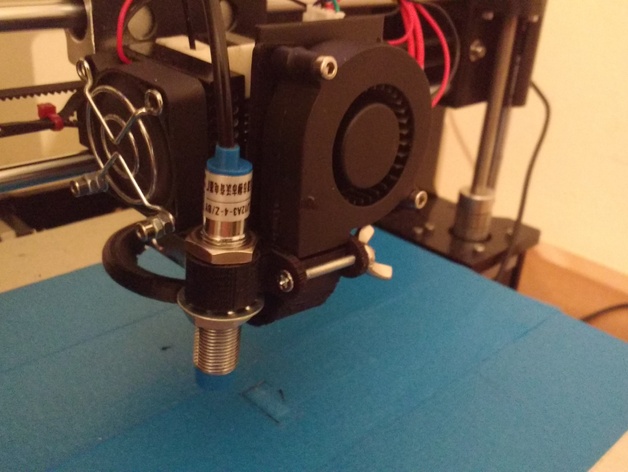 I used this sensor for quite a while, however there were a few issues with this design:

I attempted to again to modify the original to improve on the above, However after much frustration I decided it was better to ditch the design and completely redesign the mount from scratch. The new design came out like this: 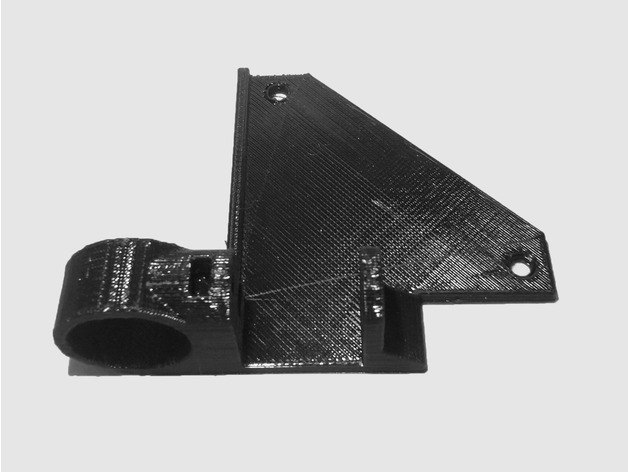 As can be seen, I have improved my original design by making the base completely solid and adding a lip to the left to prevent mount from bending during movement. I also made the sensor mount one solid part with a M3 nut sized hole which prevents lose. And finally, and most importantly I made two versions with different diameters for both 10mm and 18mm sensors.

The new version can be found on thingiverse here.